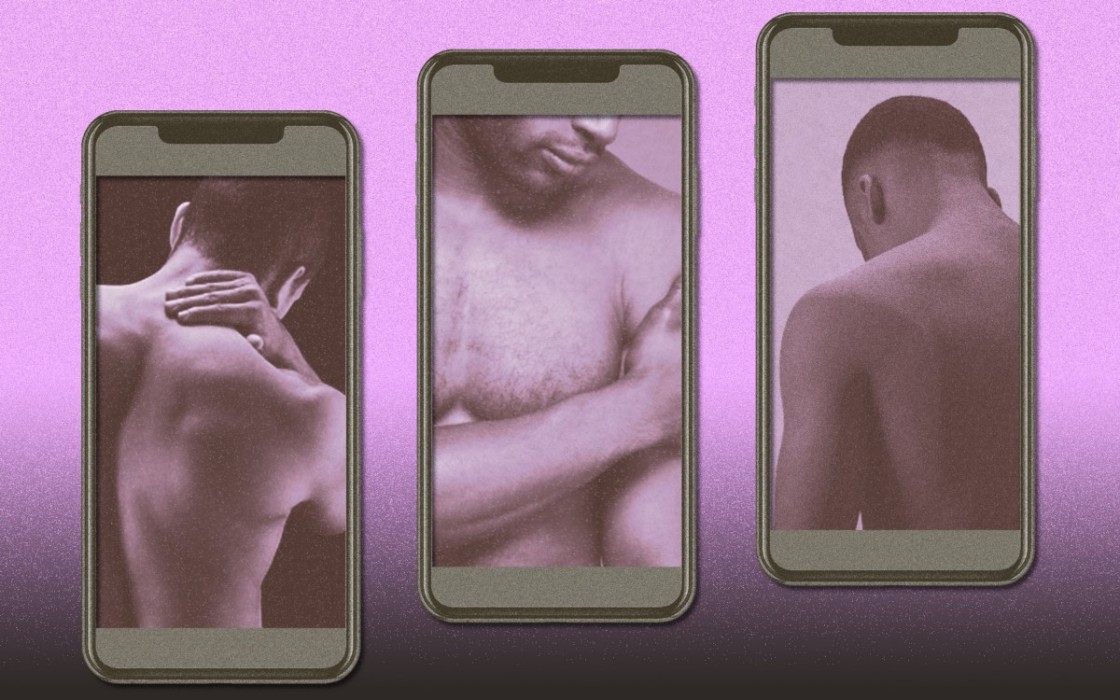 Can Sex Work Help Ease The Recession For Men?

Whether OnlyFans or other services, men are finding that digital sex work is just that — work

Before OnlyFans’ ascent to meme status, Alex paid little attention to male sex work; like college kids fantasizing about stripping when classes get too hard, he thought of it as a joke, a “what if.” But then came the coronavirus-induced recession — and new concerns about finances. “People always oversexualized me online,” he says, “so it finally hit me that I could make money off of all these people that talk to me like this.”

In his first month, Alex reaped more than $1,000. Posting the content was easy; everything beyond that was not. People complained about the price, about what they were getting for their money. “Dabbling” was what Alex had in mind — and as someone who describes himself as “more reserved in sharing myself and my body with others,” this was turning out to be not dabbling. “The more content I put in, the more selfish people were,” he says. After two months, he left OnlyFans behind.

And as those in so many other professions already know, it’s difficult to monetize a social media following. Despite nearly 35,000 followers on Twitter, zxcrxf still acted in self-proclaimed “desperation” during quarantine in order to attract clients.

Many of my own friends have dabbled in sex work; most were in their early twenties, and nearly all did so out of the belief that if someone is willing to pay you for something you’d do for free, take the money. Someone (often a man) will pay you for dick pics even if your face isn’t in them; someone (often a man) will pay for a picture of feet, or a pitcher of bathwater. Why not go for it?

Yet, this casual sort of one-to-one transaction is more like a spot gig — something that comes your way on social media, a moment’s opportunity for quick cash. What OnlyFans’ emergence has exposed is a truth that many men are now just learning: Sex work is work.

Not many men enter sex work believing that it’s a career path. To them, it’s a lark — not the overwhelming business that professionals on OnlyFans have made it into.

For dedicated models on OnlyFans, their other social media accounts tend to become vehicles of customer acquisition: promotional materials, collaborations, endorsements, and fan feedback. Whereas most people see and use Twitter or Instagram as downtime, most people aren’t living under the microscope of a fetishized gaze. If you lose your fan base’s interest, it can be hard or impossible to reclaim that income.

Take OnlyFans model zxcrxf. On his Twitter account — which is now suspended — he goes only by “big z”; his pinned tweet is two simple images of his ass, one in color and another in gray scale. (Another account of his contains enough explicit content that it will surely be suspended as well.) After the pandemic began, he reaped a fair amount of criticism by flouting social distancing and arranging a hookup in order to get content for his OnlyFans account. He defended himself by pointing to the necessity of collaborative promotion: two content creators generating mutual content in order to leverage each other’s substantial audiences and maximize their reach.

It all sounds like business because it is business. Yet, social media marketing requires a deftness and savvy that takes time to learn. Ultimately, zxcrxf apologized, saying that he had “overvalued the importance of my income from OF, and I undervalued the impact of promoting risky behavior on my big twitter account.”

Nico, a 23-year-old model who goes by Nicoaesthetics on most platforms, started in sex work by working as a go-go dancer roughly three years ago. “I actually had to drink a little bit before I got onstage,” he says. “I was still very stiff and uncomfortable, but it was manageable — and people actually preferred that.” When OnlyFans’ popularity surged earlier this year, Nico dismissed it as a fad, even as the traction and fanfare accelerated.

Despite having more than 40,000 followers between Twitter and Instagram, he still hasn’t succumbed to OnlyFans’ siren song. “Either you’re already popular and you transfer into sex work — which would be easy money,” he says, “or you have to grind from the bottom up, which would make things a lot more difficult, and a lot more easy to burnout.” There simply aren’t enough clients to feed a niche, and there’s no insurance you’ll be able to keep them when a new flavor of the month pops up in OnlyFans’ model portfolio. The male gaze isn’t just demanding; it’s fickle, too. That’s a particular of concern for sex workers like models, who are acting independently of the protections, agents, and contracts of conventional adult entertainment.

Granted, digital sex work has its benefits: less immediate health risk, more physical safety. But there are drawbacks, too. “A lot of the money is temporary,” Nico says. “There’s not always a guaranteed source of income, especially if you don’t take off. Sex work still holds a heavy stigma. There can be business world repercussions if things are found out.”

And as those in so many other professions already know, it’s difficult to monetize a social media following. Despite nearly 35,000 followers on Twitter, zxcrxf still acted in self-proclaimed “desperation” during quarantine in order to attract clients. Alex’s short tenure on OnlyFans may have pulled in $1,000, but his paying followers amounted to less than 1.5% of his total audience.

“I think it’s made me more knowledgeable of the act of sex work,” Alex says. “The experience itself hasn’t really affected me negatively or positively, other than financial gain. I see it as a way to get myself out of rough spots financially — but it’s not something I would recommend to everyone, or something I would do on the day-to-day.”

OnlyFans is showing no signs of losing momentum, though — despite a user experience that is often slow, prone to crashes, and offers a viewing experience that I can only describe as optimistic. Sometimes you can watch a full video; other times, you’re better off closing the screen and moving on. The company nonetheless seems thrilled with its precipitous growth: OnlyFans COO Thomas Stokely recently told BuzzFeed that subscriptions were up more than 50% in April alone. And models are unlikely to care, so long as someone has committed to their subscription fee. Whether it’s pocket change, or a come up, there will always be men interested.

Even during a pandemic.